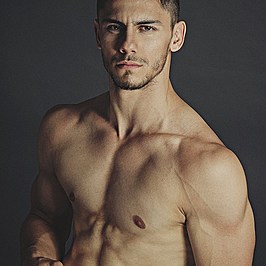 Yesterday I posted an article about local fighter, Misael Ynarritu, who took gold in the Grapplersfest competition, a day long Jiu Jitsu tournament where fighters can face numerous opponents over the span of a few short hours.  Wanting to get more insight on the fighter himself, I reached out to Ynarritu to get a few words about his background, his history with Jiu Jitsu and his thoughts on the fight game itself.
Currently, Ynarritu is the Jiu Jitsu coach at Gorilla MMA and for the Red Spider fight team, and while he has been studying for only two years, his ability to teach and win gold medals puts him in the category of Jiu Jitsu prodigies, who seem to have some inherent understanding of the flowing combat of Jiu Jitsu that takes many others years to master.  For Ynarritu, it is simply a chance to pass what he has learned forward, to transmit what he knows.  His accomplishments and humility indicate that he will continue learning and passing it forward, and as El Pasoans we should be very excited to have a champion in our midst.
Ryan - How did it feel to win Gold?
Ynarritu - I felt very accomplished and happy.  I train very hard everyday and it paid off.
Ryan- How many competitors did you go against at the competition?
Ynarritu- I went against 3 fighters in one day, 3 matches.
Ryan - You are competing in a boxing match, how different is the preparation, energy compared to a Jiu Jitsu tournament?
Ynarritu- It is very different.  They are two different worlds.  With boxing and MMA, your primary focus is on your hands, keeping them up.  They also tax your cardio in different ways.
Ryan- How long have you been training boxing and MMA?
Ynarritu - I've been training for 4 years now.
Ryan - When is your next Jiu Jitsu competition?
Ynarritu - December 10th in Las Cruces at the Grapplersfest.
Ryan -  What are some of the important things Jiu Jitsu has taught you about yourself, others and how will you say it has changed your worldview?
Ynarritu - Jiu-jitsu has taught me how to be patient in every way, it is a martial art that takes and demands patience and time, turns your straight and weight against you, you have to think before attack, be smart and patient.
While we await Misael's next fight, be it Jiu Jitsu, Boxing, or MMA, I leave you with a video of a fight of his, to hopefully whet your appetite for the fight game and encourage you to come out and support El Paso/Las Cruces fighters when they compete.
Filed Under: Gorilla MMA, Grapplersquest, Misael Ynarritu, Red Spider MMA
Categories: Boxing, Local / El Paso / Texas, MMA, News
Comments
Leave A Comment
Back To Top
NM State Sees More Cases of COVID-19 Within Athletic Department