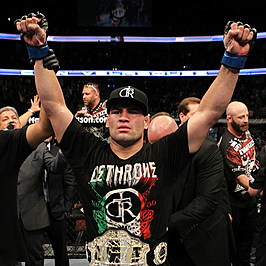 Starting January 1st, new rules to the MMA Unified Rules will be implemented. Passed by the Association of Boxing Commissions, these new rules reflect many discussions that fans and followers of MMA have been having for years. Whether it was fans or fighters upset that the fight was left in judges hands, or the surprise when a completely dominant round by one fighter is scored no different than one in which a fighter barely squeaked by, the new rules are a refreshing update to a sport that has evolved so much since the old rules were first drafted.

New rules emphasize effective striking and grappling above nebulous 'octagon control' and 'aggression'. Many fans have ruled fights as controversial after seeing fighter A mangled and bruised, yet victorious, over a less bruised fighter B. Often times the fighter with the bruises, even when being out-struck, wins the fight through 'control'. Control is often referring to one fighters ability to hold the other down for the majority of the fight, even if no advancements or submission attempts were made.

How this will play out in future fights will be interesting. Fighters usually resigned to win on points will now be incentivized to gain points through moving towards dominant positions or finishing fights before the final bell rings. I predict we will see fighters rewarded for trying to end the fight on their terms. Judges will now have the criteria to judge the fights as more than a checklist, but as the efficacy of technique and the imposition of will that combat sports epitomize.