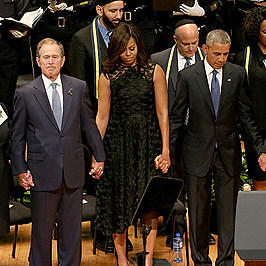 In the art of boxing there are three basic fighters:  the brawler, the puncher, and the pure boxer.  The differences are distinct, and some do better than others when the styles match up just right.

A brawler will take a punch to give a punch, think Mickey Ward, Arturo Gatti.  Their goal is to get in close and cause damage, with a willingness to take punishment themselves.  These fighters are usually hard headed, super exciting and short lived.

A puncher has the same qualities as a boxer, minus the willingness to get hit.  Punchers are looking to hurt you, but will avoid getting punched most of the time. Think Canelo Alvarez, Manny Pacquiao.  Punchers are aggressive fighters, but often seek to draw a counter rather than barrel through jabs and punches.  Mike Tyson is the epitome of the puncher.  Tyson had sublime defense, but it was hardly noticed because of his aggression.  However, take note of his fights and you can see that his aggression was always measured behind superb defense.

The last, pure boxers, are my personal favorite but are often reviled by fans who wanna see blood, multiple knockdowns, and bruisers putting it on the line.  Great pure boxers are Floyd Mayweather Jr, Bernard Hopkins and Andre Ward.  The goal of a pure boxer is to hit and not get hit.  Their goal is to treat the 12 rounds like Stalingrad.  They want to wear their opponent out, tire them and then, once they find their timing, begin to open up with combos and counter punching.

One of the easiest ways to understand what makes a pure boxer is their style of defense.  Often times they will opt to slip a punch rather than merely block it.  In simplest terms, slipping a punch is dodging it.  The benefit, for a pure boxer, is the ability to then counter with available hands that would have otherwise been used to block punches.

To illustrate this technique.  I would like to point to a near flawless slip by our former President, George W. Bush.  While he was not my favorite leader of the free world, his ability to slip is commendable.  In this clip we watch a man throw shoes at the president, and watch him dodge them effortlessly, never taking his eye off the man for too long.

The perfect slip is a slight bend at the knee, with a shift of the body at the waist towards the outside of the opponents punch.  This prevents a set-up from the opposite hand and allows the fighter who is slipping to return his focus to the fighter and counter-punch with an often-times, out of balance fighter.

George W. Bush presents this idea to near perfection.  If we view the shoe thrower as an orthodox fighter, what we are seeing is the throwing of the shoe a lead right punch (a power punch thrown without a jab behind it).  Note that Dubya slips to the outside of the punch, returns his gaze, and waits for the follow-up.  This is near textbook slipping.  Only true critique is the amount of time Bush kept his eyes off the opponent, but his calmness and ease of movement show that he could most likely have countered with a right hook (if he wanted to).  The second shoe shows good fundamentals.  Dubya barely moves (efficiency of movement) and maintains his gaze on his attacker at all times.

Next time you are in a bar fight or someone is throwing their shoes at you, keep Dubya's skills of evasion in mind.