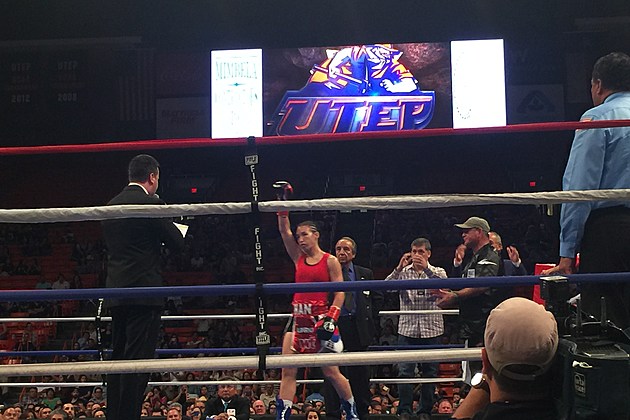 There was never any doubt.  Jennifer Han diffused Liliana Martinez' power with pure boxing.  A general rule of thumb is that a pure boxer will always beat a brawler, and a brawler with almost as many losses as wins?  Easily.  The only takeaway from this fight is we were able to see Han's dominance in full bloom.  However, such dominance can also reveal a mismatch that was there the whole time.

Boxing has a tendency to allow fighters to avoid one another and for fighters to amass unprecedented unbeaten streaks before finally fighting a fighter on their level and getting leveled out.  Han is new at the Championship game, so such a fight is part of the pageantry of boxing, but for her to claim she wishes to be known as one of the best female fighters means it is time to take the next step.

The next step is Amanda Serrano, a Puerto-Rican with a solid 29-1 boxing record.  While on paper, the amount of fights may seem lopsided as far as experience, the truth is Serrano had not fought a competitor of note until 2011.

Amanda "The Real Deal" Serrano is a terrifying fighter with knockout power.  She currently holds the WBO Featherweight title.  While she would undoubtedly be Han's biggest test, Serrano has trouble with pure boxers who can jab and move as well as Han.  While this fight is a toss-up seeing as Serrano has the ever-equalizing knockout power, a win for Han is most definitely possible and will catapult Han into the deep waters that other El Paso boxers had drowned in.

Where Han has differed from other El Paso boxers is in her skill set.  El Paso has had entertaining, balls-to-the-wall fighters, but that style, while exciting, is always one small measure of impatience from being stopped instantaneously and we forget that fact of the fight game until it happens.  But that impatience and recklessness was there the whole time, we were just blinded by the histrionics.

Han has no hints of such theatrics.  What we see is a measured, precise fighter who can out think and out maneuver their opponent.  Such a style begs to be tested, and is the perfect foil for the fans and fighters who think brute force matters.  Serrano is a bull, but Han has a matador in her.