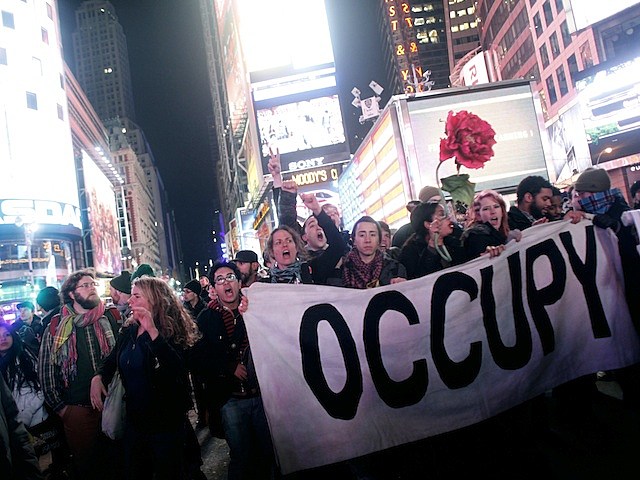 Every year, Merriam-Webster adds a few ridiculous, flavor-of-the-minute words like 'bootylicious,' 'McJob,' and any non-existent words that Sarah Palin used in a speech to their dictionary. We decided to do the opposite and eliminate the ten words that annoyed us the most in 2011.

Every year Webster's dictionary adds a few ridiculous flavor-of-the-minute words like 'bootylicious,' 'McJob,' and any non-existent words that Sarah Palin used in a speech. We decided to do the opposite and eliminate the ten words that annoyed us the most in 2011. 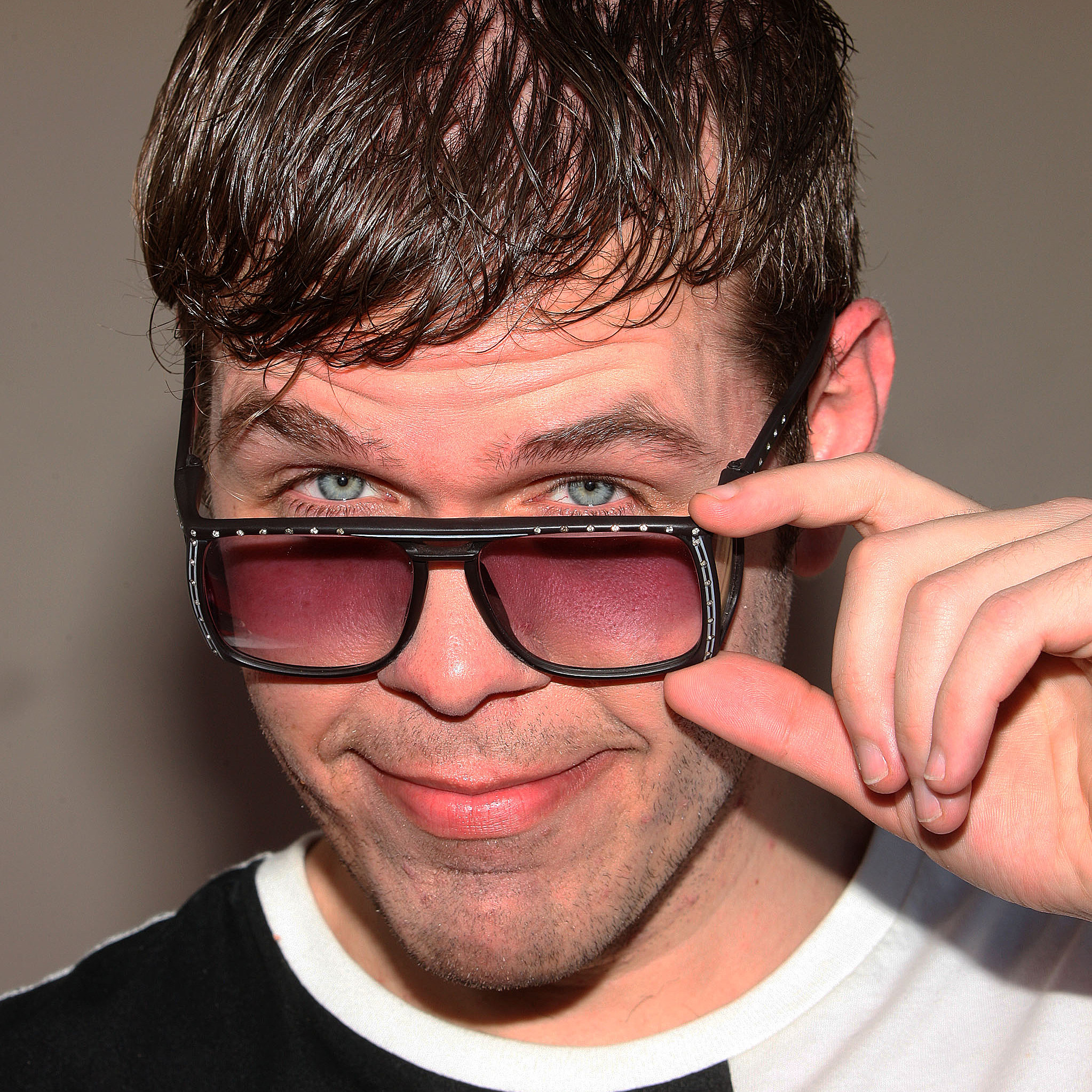 Let's just be honest — abbreviating words are fun, but sometimes, the abbreviation just doesn't work. We were okay with this abbreviated version of the word 'details' early on, but for some reason saying 'deets' just never felt right and it failed to catch on (except on Perezhilton.com where it is used at least twice a sentence). It seemed like a good idea at the time, but for whatever reason — it just wasn't meant to be. 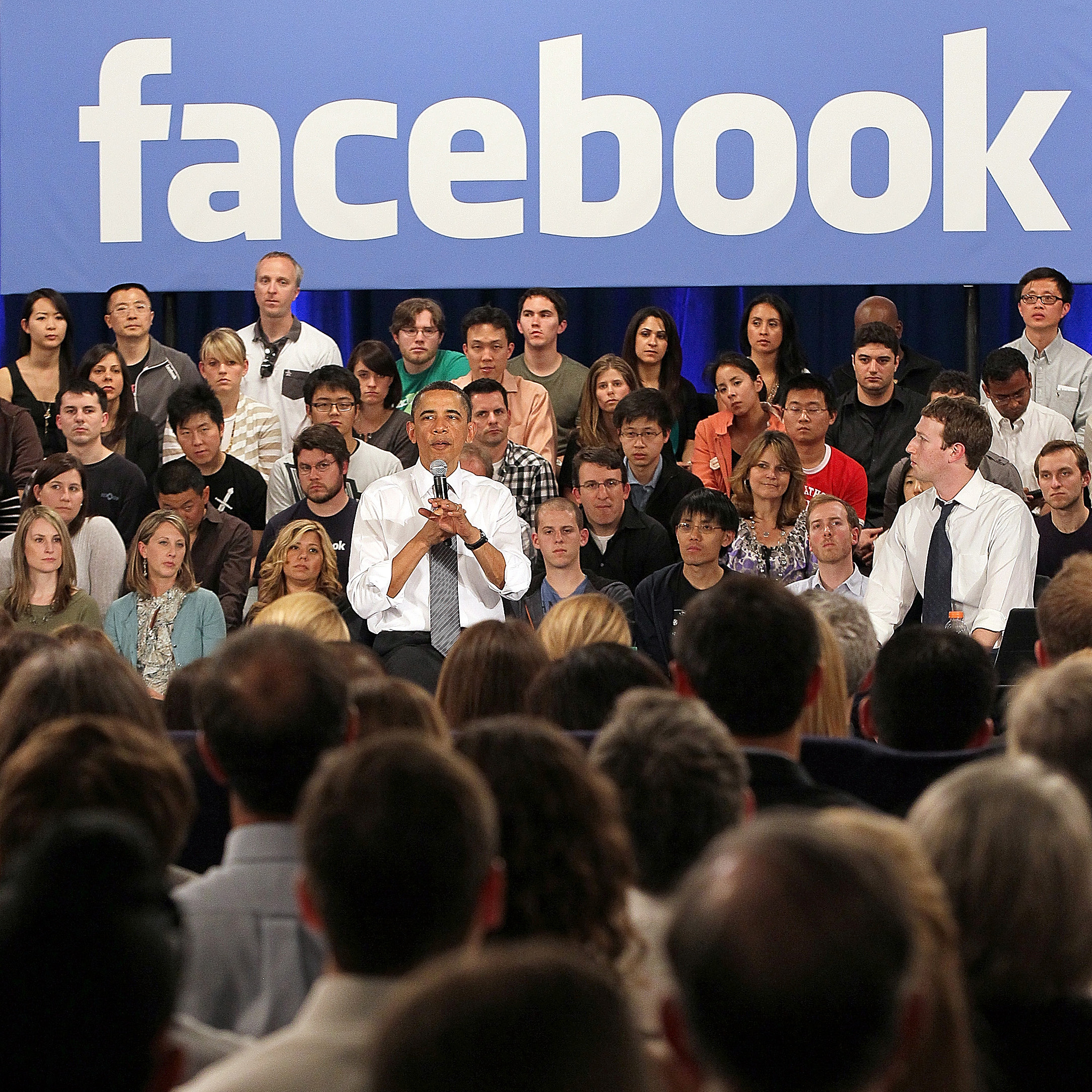 We're not sure where the hell this popular Facebook term that people use in place of 'hooray' came from, but we hate it. If you're going to write a word, you should also be comfortable saying it. We have yet to hear anyone say 'wOOt' in conversation. That wasn't a challenge. 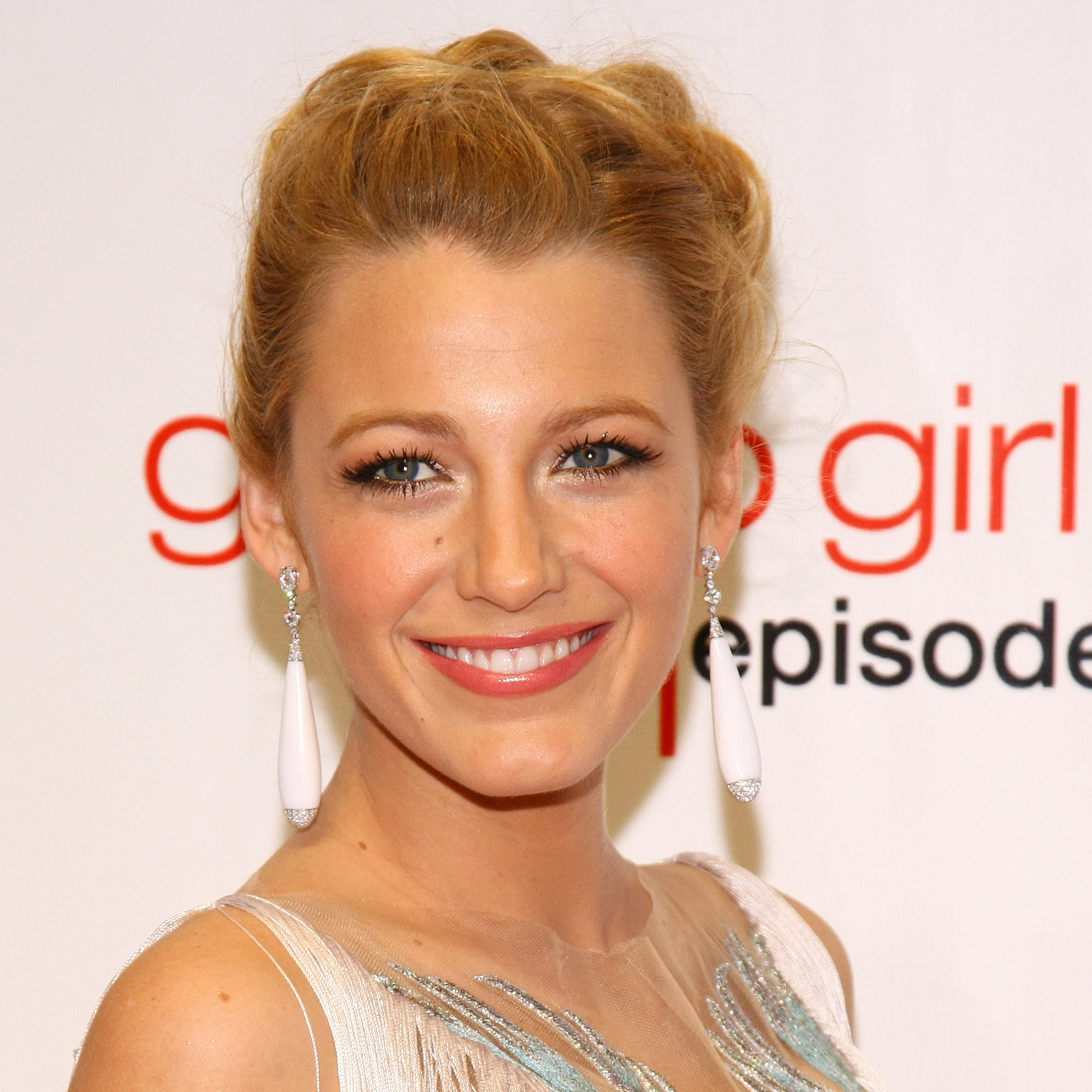 As a guy, it's a good rule of thumb to not use any word that was popularized by 'Gossip Girl.' Another helpful tip is to avoid anything ever uttered on iCarly. This combination of 'friend' and 'enemy' is unfortunately guilty of both of the aforementioned offenses and shall be dealt with accordingly. It's now just our enemy. 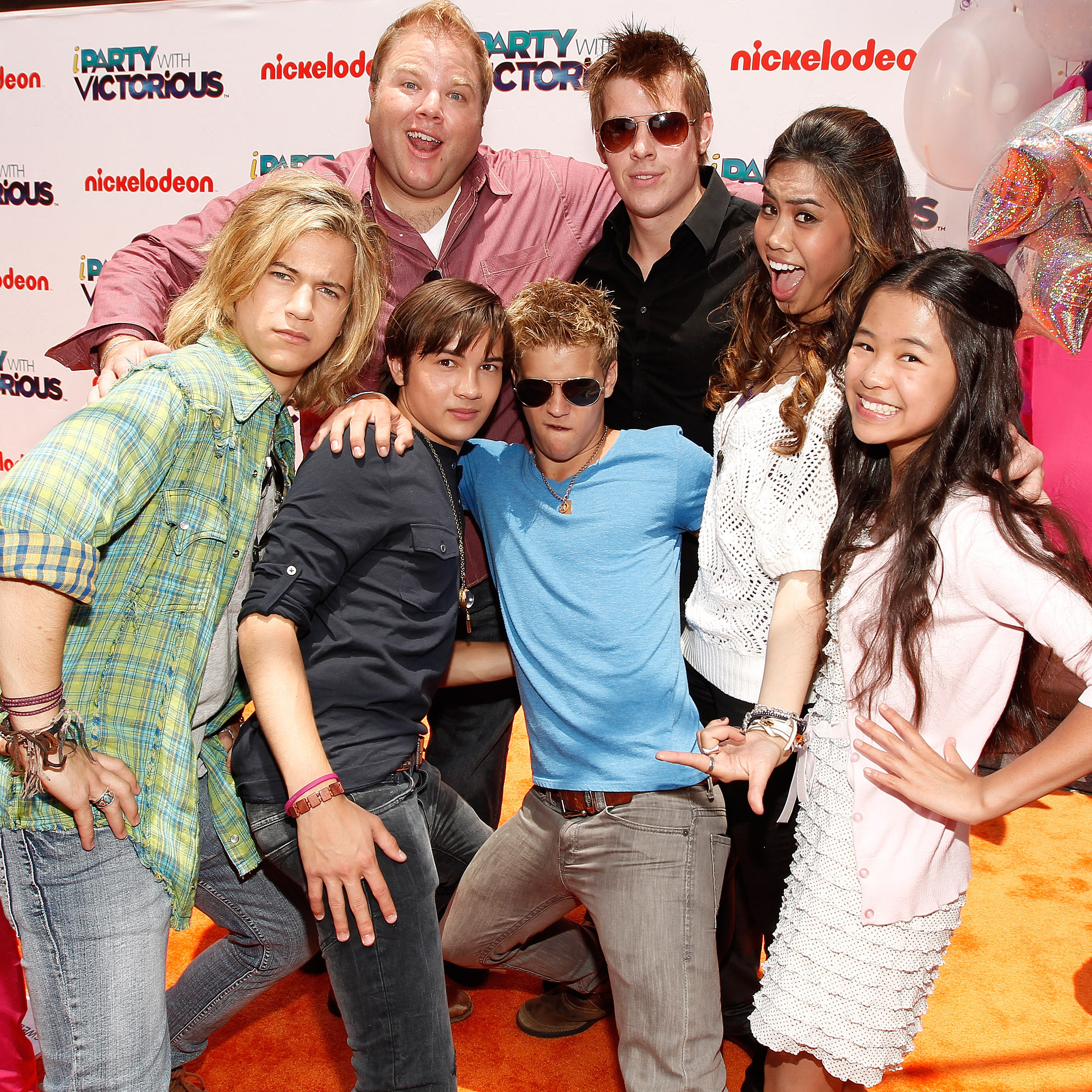 Things were going so well for this word until everyone started using it for everyday occurrences that are decidedly not epic. Example – “This coffee is epic.” No it's not. It's coffee. Sure, the mocha is delish, but…oh man, did we just use the word delish? 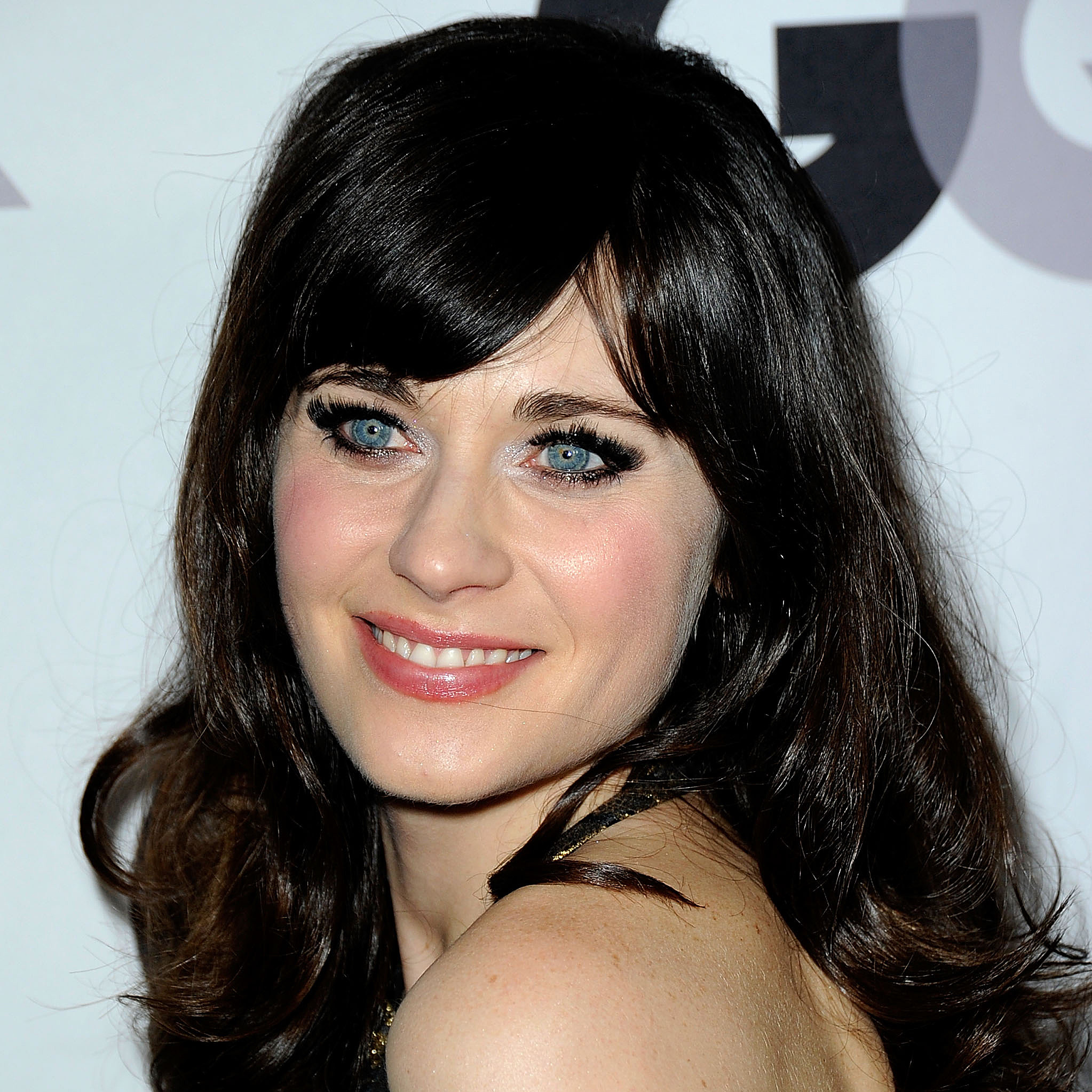 For some reason Fox's hit-or-miss comedy 'New Girl' brought about widespread use of this mash-up of 'adorable' and 'dorky.' We love looking at Zooey Deschanel as much as the next guy, but she doesn't need her own annoying word to describe her appeal. We already had a word for her — unattainable. 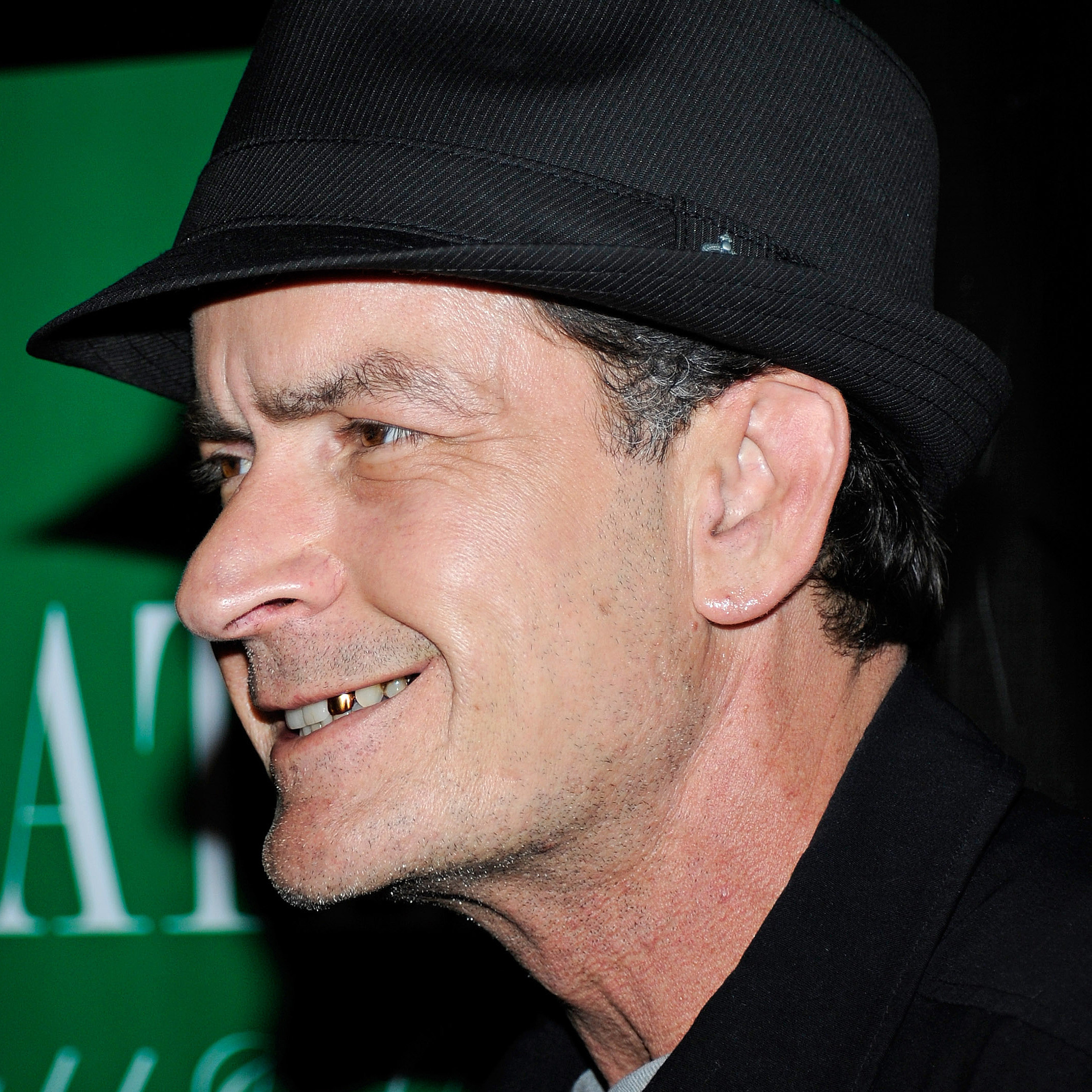 There was nothing wrong with 'winning' until Chuck Sheen adopted it as the slogan for his 2011 media circus/career suicide tour. Charlie ruined his career and a handful of words like 'troll' and 'warlock.' Now not only are those who use the word not winning, but you can assume they're quite douche-y as well. 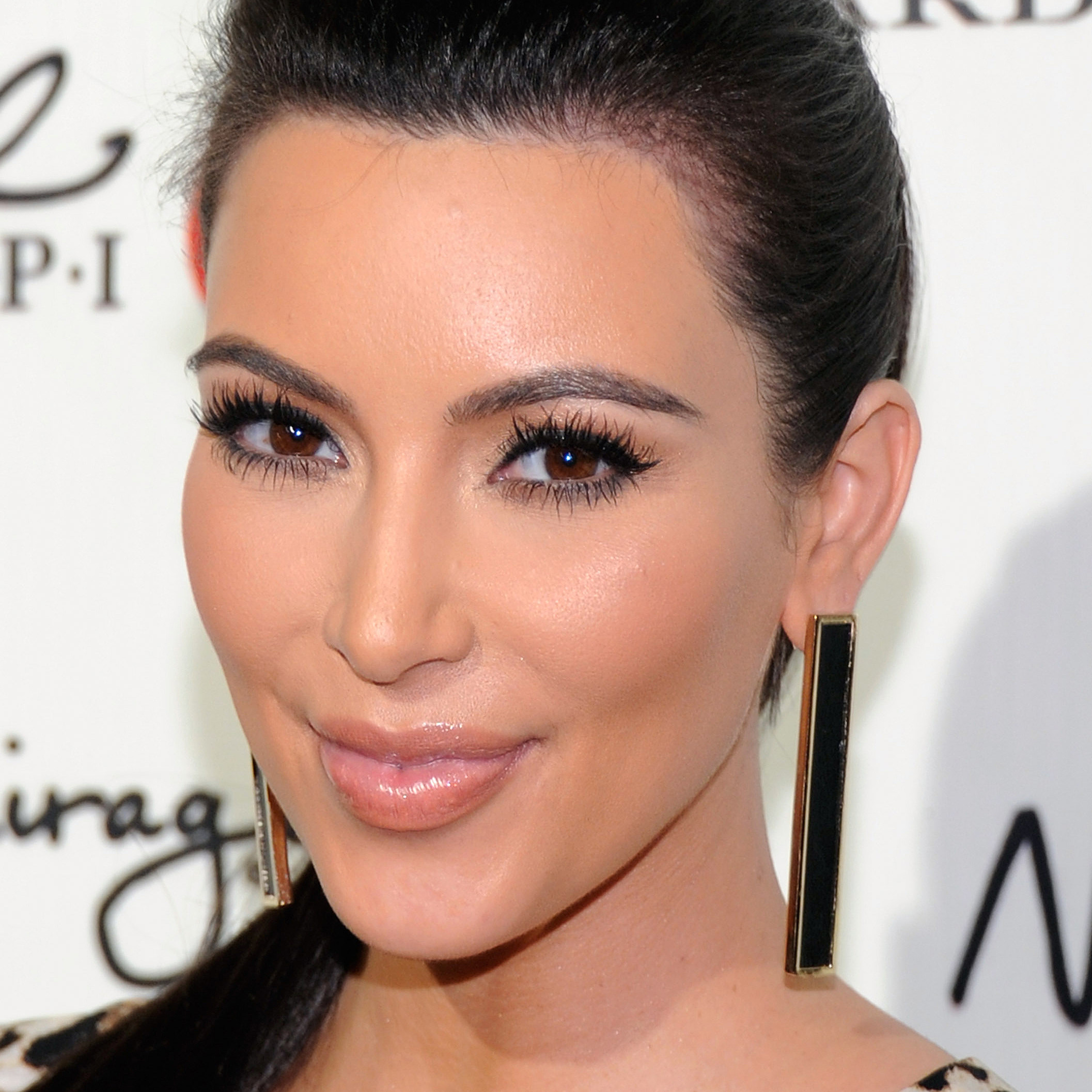 We don't quite understand how a family with so little talent became such a large television and fashion enterprise. Perhaps because this is America – where being hot, banging Brandy's brother on video, and being married for eleven seconds can get everyone in your family a TV show. If you must continue to utter the word 'Kardashian' in the new year — please use it as an adjective meaning “to receive acclaim or credit without deserving it.” Example: “I noticed you signed the Grandma's card but didn't chip in for her gift, how Kardashian of you.” 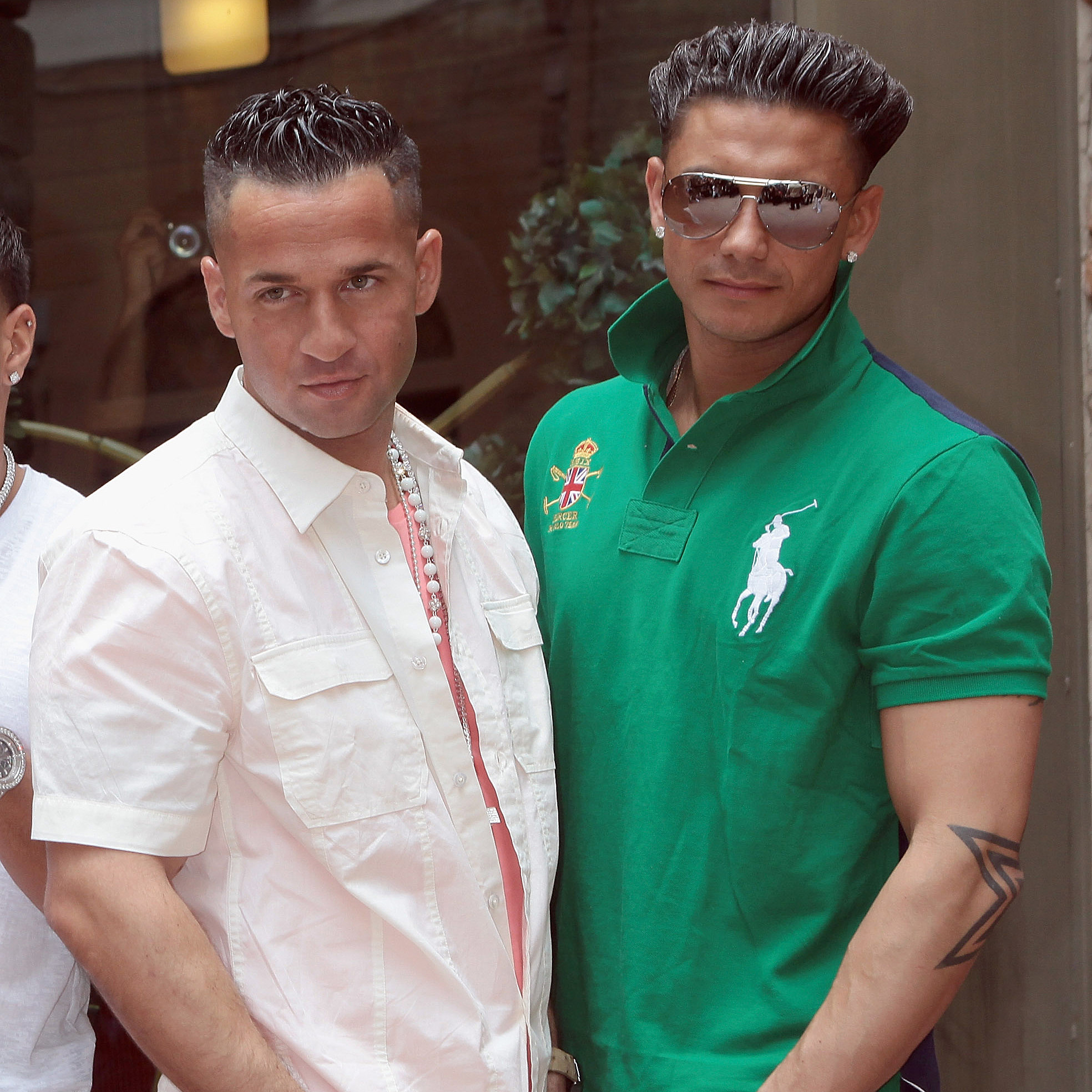 Any Word Created By The Cast Of 'Jersey Shore'

We're still trying to figure out our strange love/hate relationship with the show but one thing that we do hate for certain are the words and phrases coined by America's favorite goldfish-colored Italians. 'Meatballs,' 'GTL' and 'She's too young for you bro!' are never to be uttered again. Not even in a loud nightclub in Seaside, NJ. 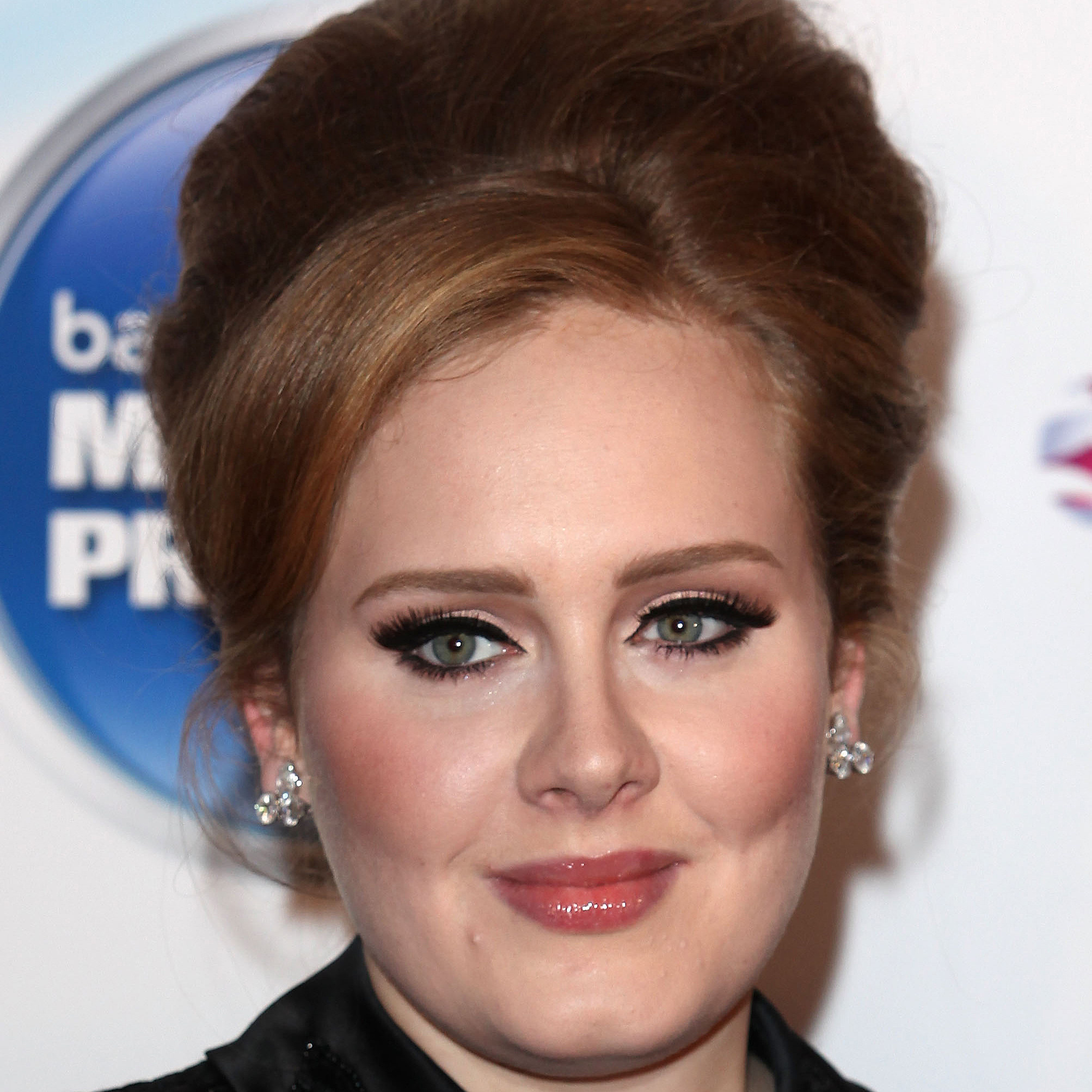 All year, your girlfriend and mother have been talking about this 'Adele' thing and you still find yourself asking, “What the turd is an Adele?” She is a British singer/songwriter that has somehow captured the imagination of an entire gender. You may be tired of hearing about her, but if you ever need to distract your lady just play Adele's album '21' and leave the room. “You want to go to the mall? Well I would but HEY IS THAT 'ROLLING IN THE DEEP' I HEAR?!?” 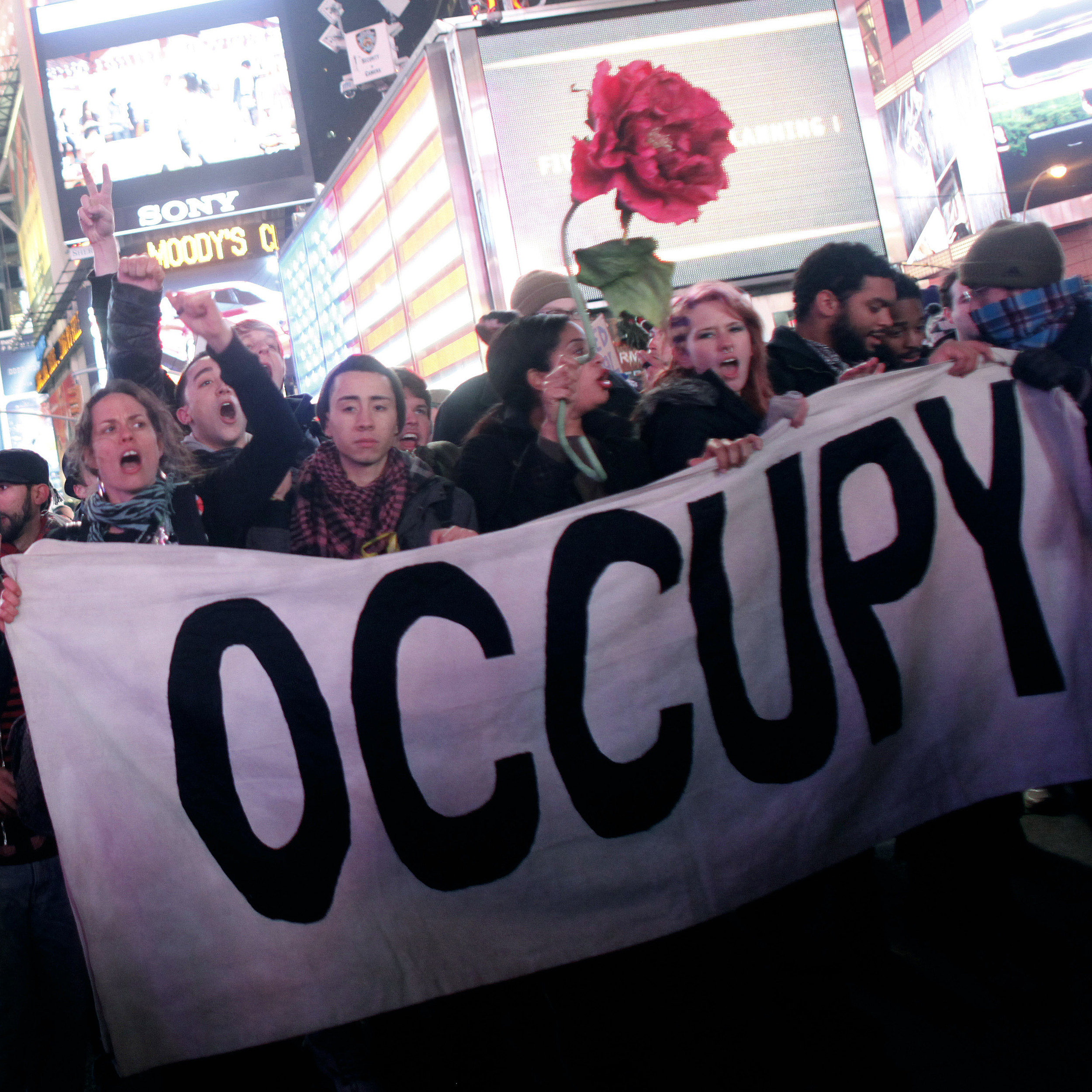 While we're all for standing up to the man, fighting the power and all of that, but this whole 'occupy' business is getting out of hand. Now every time three hippies are in the same place at once it becomes 'Occupy the Coffee Shop.' What they need to 'occupy' is a Bath & Body Works. It's going to get pretty annoying if every time you're waiting behind thirty people in one of the two open checkout lanes, someone starts yelling 'Occupy Walmart' while Tom Morello and Dave Matthews show up to play 'America the Beautiful.'

There are so many annoying words being used heavily these days that it would just seem wrong to deprive you the chance to sound off about your least favorite. Tell us which ones you could go without ever hearing again in the comments section below.